Arrive at Airport and transfer to hotel by your own. The rest of day is at leisure so that you can relax after your long haul flight. Overnight stay at hotel in Paris. Please note: The Tour Manager will meet you once you reached the hotel. The standard check-in time is 1500 hrs. Meals: (Packed Indian Dinner Delivered to Hotel).

After Breakfast, This morning enjoy a guided Orientation day introductory tour of Paris. As the The capital of France, you will be treated to a superb panoramic view of the most famous monuments. The city can also be more intimate, revealing the charm of its medieval districts and its former villages to the casual stroller. See popular sites like place de la concorde, Arc de Triomphe. Notre Dame de Paris, Louvre Pyramid, Musée dOrsay, Palais Garnier Opera, Champs Elysees Street, Alexander Bridge, Montmatre, Concords Square, a journey to the 2nd floor of the Eiffel Tower for breathtaking view and many other historic buildings. A glimpse of the Eiffel Tower, outlined romantically against the Paris skyline — thats what you remember after visiting France. Later enjoy a cruise on River Seine. You’ll be able to see the best of Paris, the city of love. After the tour, Back to Paris hotel after having the dinner at Indian Restaurant. Overnight stay at hotel in Paris. Meals: (Continental Breakfast and Indian Dinner)

After Breakfast, Check out and board your coach to drive to Switzerland. On arrival in Zurich, Later Proceed to the hotel after having Dinner at Indian Restaurant. Overnight stay at hotel in Zurich. Meals: (Continental Breakfast and Indian Dinner)r)

After breakfast, Proceed to Engelberg town- a base cable car station of Mt. Titlis. The TITLIS ROTAIR revolving gondola transports you easily to the mountain station. Take your time and visit the Swiss Lion shop, the worlds highest watch shop. You can even have your photo taken in traditional Swiss costume in our photo studio. The glacier cave is only a snowballs throw from the mountain station. The glistening, blue ice tunnel leads deep down into the fascinating world inside the glacier. In the summer months, the Ice Flyer chair lift will take you to the glacier park where all kinds of fun snow activities await. Grab a snow-tube or a speedy sled and whiz down the piste, whipping up plenty of snow as you go. You may also do the Titlis Cliff Walk is a pedestrian bridge along the cliff of Mount Titlis in the Swiss Alps. Later, in the afternoon, proceed to the city of Lucerne for Orientation tour and see the Chapel Bridge-The Chapel Bridge is a covered wooden footbridge spanning diagonally across the Reuss River in the city of Lucerne. Named after the nearby St. Peters Chapel, the bridge is unique since it contains a number of interior paintings dating back to the 17th century, Jesuit Church- This beautiful church is considered to be the first large baroque style church ever built in Switzerland, The Lion Monument, or the Lion of Lucerne, is a rock relief in Lucerne, Switzerland, designed by Bertel Thorvaldsen and hewn in 1820–21 by Lukas Ahorn. We will proceed back to Zurich Hotel after having the Dinner at Indian Restaurant. Overnight stay at hotel in Zurich. Meals: (Continental Breakfast and Indian Dinner)

After breakfast. Choose an optional excursion to Mt. Jungfrau - Top of Europe. Those who don’t want to go Jungfrau, have free time to explore the Interlaken by own. Our Coach will drop at Interlaken. The Jungfraujoch - Top of Europe is the highlight of any Swiss holiday. The highest railway station in Europe is located 3,454 metres above sea level. You have access to a high-alpine wonderland of ice, snow and rock, which can be admired from the viewing platforms, on the Aletsch Glacier or in the Ice Palace - experience the magic. Visit the Sohinx observation tower. After the tour we will proceed for orientation tour of Interlaken. We will start from Höheweg is the main street in Interlaken, which stretches from the city’s central square to the east. Roman Catholic church- Situated on Schlossstrasse, this Swiss religious building houses a Roman Catholic parish church, which offers worship masses, religious education, and other. Group members not opting for Mt. Jungfrau will have an opportunity to proceed to the city of Interlaken for an orientation tour. Dinner at Indian Restaurant. Overnight stay at hotel in Zurich. Meals: (Continental Breakfast and Indian Dinner)

After Breakfast. Check out and board your coach to drive to Rhine Falls on the way to Innsbruck. You will pass through Vaduz, the capital city of the princely country of Liechtenstein. Take a quick stop in Vaduz and some time to explore the city. Later, drive to Innsbruck. Wattens to take the vision of the noteworthy collection of world famous Crystals in Swarovski museum. You will also get surprised to see Chetak the favorite horse of Maharaja Rana Pratap of Rajasthan- ornamented with Swarovskis Gemstone Jewels.You will be provided with your time to shop for jewelry and other souvenirs for your friends and relatives as a symbol of love and remembrance of this exotic place. On Arrival Innsbruck, Orientation tour of Innsbruck capital of Tyrol Province, you will cover the Golden Dachl –Maria Theresa square, Imperial Palace, the Golden Roof, Imperial Palace, River Inns, Royal Church etc. Later we will have dinner at Indian restaurant and proceed for Check-in to the hotel. Overnight stay at hotel in Zurich. Meals: (Continental Breakfast and Indian Dinner)

After Breakfast. Check out and board your coach for Continue journey to Venice/Padova. On Arrival Venice You will have guided panoramic tour of Venice, you will enjoy Vaparetto ride which will descend you to the Venice Island . Discern the "real Venice" by inflowing a knot of slender passages and lanes where this enchanted city of mean daring seaways dispersed by subtle bonds which expects you. Here at San Marks square you will observe and learn the history that lies behinds the walls of its most famous landmarks; the Basilica and its Byzantine heritage, the Doges Palace and its contiguous prisons, Venetion, St. Mark Cathedral, Bell Tower with Bridge of Sighs, etc. Later we will have dinner at Indian restaurant and proceed for Check-into the hotel.

After Breakfast. Check out and proceed to Pisa to visit the Field of Miracles. Witness the flawless Baptistery and Leaning Tower of Pisa (photo stop), which had been able to made its way in the seven wonders of world. Later continue your journey to Florence, a home to many masterpieces of Renaissance art and architecture. On Arrival Florence we will do Orientation tour of Florence. We will see the Duomo of Florence the largest brick dome ever created, along with photo sops at Basilica of Santa Croce, the final burial place of Michelangelo, statue of David replica famous Ponte Vecchio Bridge on the Arno River and the Piazelle Michealangelo. Later we will have dinner at Indian restaurant and proceed for Check-in to the hotel. Overnight stay at hotel in Florence / Arezzo Meals: (Continental Breakfast and Indian Dinner)

After Breakfast. Board your coach to Later depart for Eternal city of Rome . On Arrival Rome guided orientation tour of Rome with the stopover at Vatican City, St. Peters Basilica tracked by a photo stop at the grand remnants of the Forum and other monuments of ancient Roman rulers and the Colosseum. Visit Trevi Fountain- The Trevi Fountain is a fountain in the Trevi district in Rome, Italy, designed by Italian architect Nicola Salvi and completed by Pietro Bracci. Pantheon- The Pantheon is a former Roman temple, now a church, in Rome. Piazza Navona- Piazza Navona is a piazza in Rome, Italy. It is built on the site of the Stadium of Domitian, built in the 1st century AD, and follows the form of the open space of the stadium., Spanish Steps- The Spanish Steps are a set of steps in Rome, Italy, climbing a steep slope between the Piazza di Spagna at the base and Piazza Trinità dei Monti, dominated by the Trinità dei Monti church at the top. Piazza di Spagna- Piazza di Spagna, at the bottom of the Spanish Steps, is one of the most famous squares in Rome. Later we will have dinner at Indian restaurant and proceed to Rome Hotel for check-in. Overnight stay at hotel in Rome. Meals: (Continental Breakfast and Indian Dinner)

After breakfast, check out from the hotel and take a transfer to the Airport (on your own) as per your flight schedule. Meals: (Continental Breakfast) 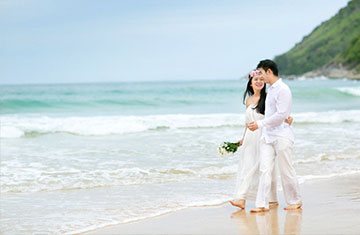 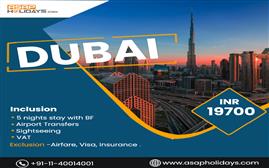 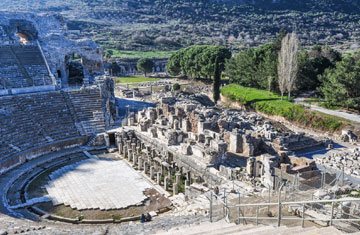